There comes a day in every parents life when their children grow up and get married.  It is not the same as when they leave for college.  That was a very hard time for me.  Two weeks later I was back to my old self and then realized that she wasn't that far away and my work around the house had decreased. 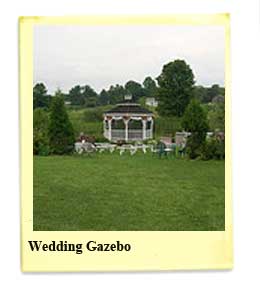 Well, approximately eight months before the actual wedding, the plans began.  We decided to have the wedding in the back yard.  I was on it!  Ordered the tent.  It was beautiful.  Large, white with windows, and a dancing floor was added. Then came the Caterer. Picking a menu.  We went with a good selection of hors D'oeuvres a beautiful cake and waitresses that passed the food around with little tuxes on.  It was wonderful.

Plates, utensils, cups, saucers all had to be ordered. Napkins and invitations engraved.

Entertainment had to be picked and of course the biggest purchase of all....

The Dress.  It actually went very smooth.  My daughter knew what she wanted and the bridesmaids dresses were the same color but different styles.

The table pieces were dried Hydrangeas, which had to be picked the fall before which my father and I did, one cold, rainy, fall day.  Luckily I had a relative and friend who each had a Hydrangea tree and my father and I picked all we could and put them in my basement to dry over the winter which they did.  They also turned somewhat brown and I had to convince my daughter that some spray paint was in order.  They turned out very pretty.  They were placed in silver containers of every kind. 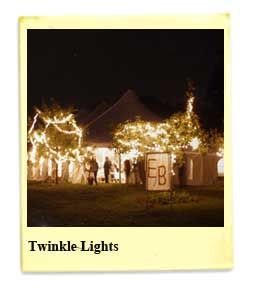 One of the biggest jobs was to light the apple trees that would be surrounding the tent and a couple were even under the tent with some begging on my part with the owners of the tent company.  That was the most stressful part of the whole wedding.   My husband was in charge of the lights and worked tirelessly until we had a fairyland of twinkle lights.  We still have them lit and it will be three years in August.

Everyone in the wedding party pitched in anyway they could to help with preparations.  My nephew had the unusual task of walking the wedding couples yellow Lab, Kasper, down the aisle.  I wasn't sure about the whole idea but he was very well behaved and was a big hit.

The girls decorated the gazebos with dried Hydrangeas and pink bows and they were spectacular looking. We did make one mistake by leaving the life preservers in the gazebo but I think we were the only ones to notice.  After eight months of planning I feel lucky that was the only thing to go wrong. We were all somewhat nervous and thankfully my son-in-law-to be unknowingly lightened everyone up when he responded his, I do, way earlier than he was supposed to.  We all laughed and needed that little break from the heightened emotions. 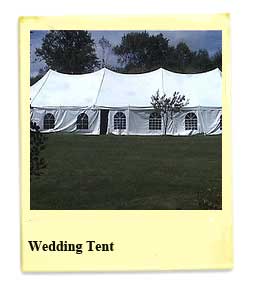 One of the last things my daughter said to me before she went down the aisle was, I don't want to come back from my honeymoon and hear you say I missed this or I missed that.  I want you to see everything and I did.  I stood and just looked at every single thing that went on that night and I loved it. She left the next day after a brunch at our house for New Orleans to start her new life and we thank our lucky stars every day that she and her husband have remained close so that we can  see them and spend time with them because life is just to fleeting  not be close to the ones you love.

From our backyard to yours, cherish the ones you love!