A little post on my parent’s summer project. Why? Inevitably, five years from now we’ll be having cocktails at the bar and someone will get in a disagreement on when the patio was put in and in most cases who did it.  So verification for later generations of the Coffin Patio Project ended today August 20th and began the week of July 4th. Bishop Concrete was the concrete contractor. Check out some of the pics. I wonder if I can convince Bruce to put one in for us?

Bring on the concrete! Let the Stamping Begin (my mom, dad and I were sitting in chairs watching the guys work while we partook in Vodka Tonics. We had entertainment during our 4:00pm cocktail hour.) 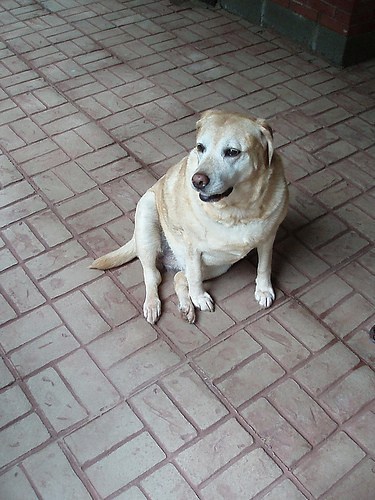 This is Ms. Belle, Kasper’s buddy in crime. She’s checking out her new patio before the top sealer was put on. 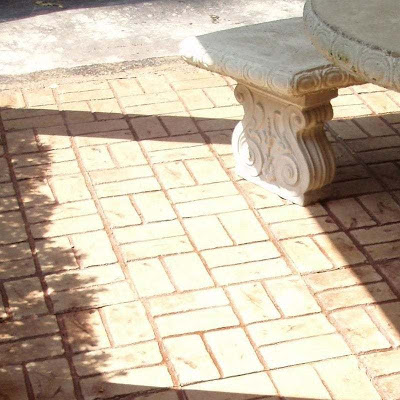 The guys were nice enough to come back today after the sealer dried to put the cement table back into place. It’s a behemoth. I tried to tell them if it was too heavy I’d be happy to take it off their hands:) 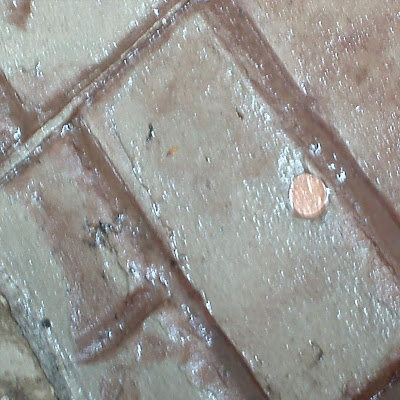 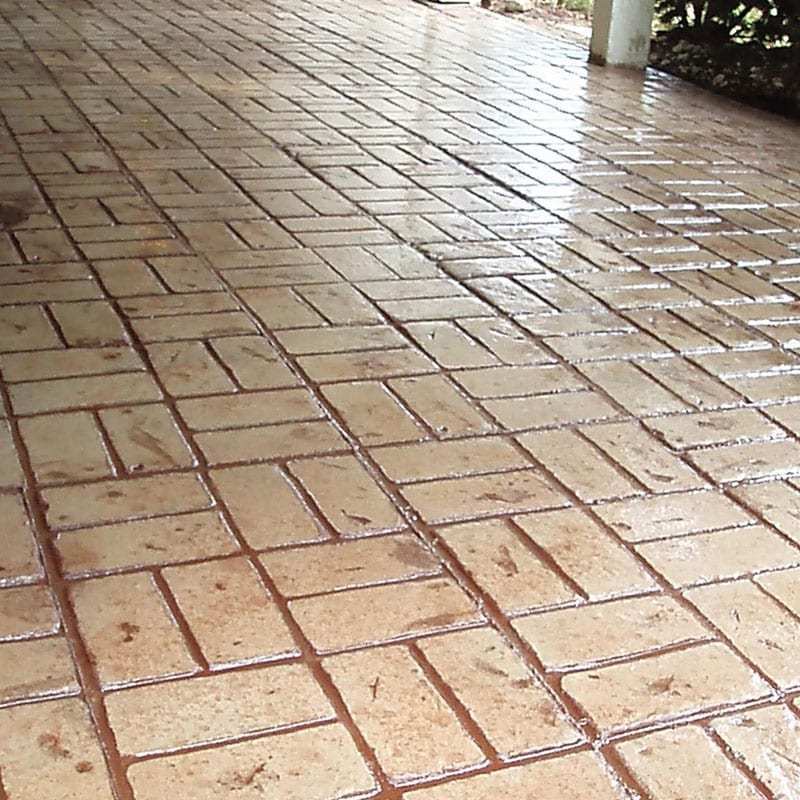 All shiny and pretty. My idea was to match the tile floor in the kitchen. They did a pretty good job matching it up. 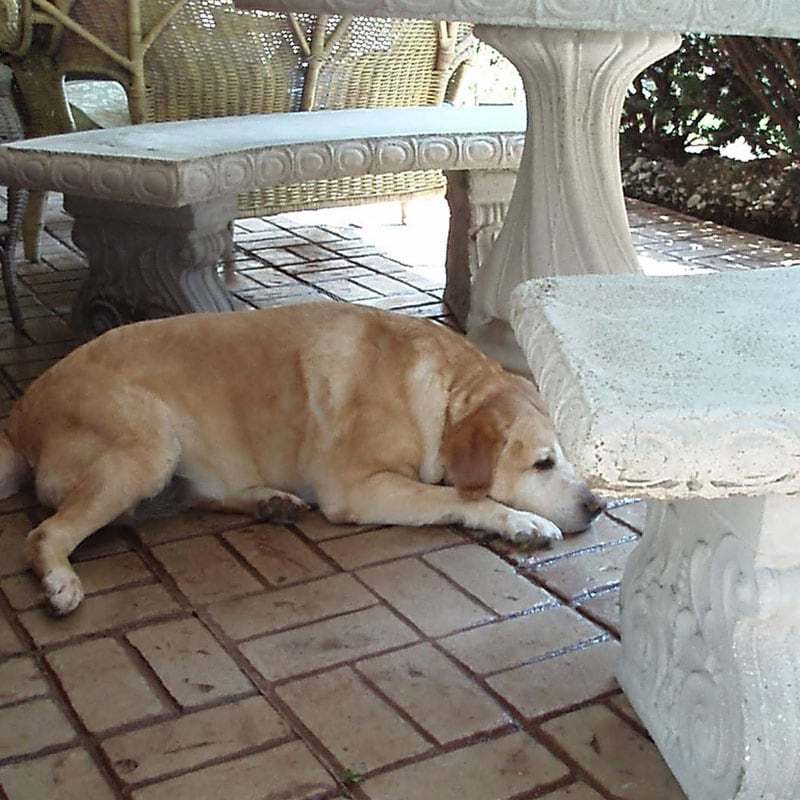 As you can see it meets Belle’s standards. It’s a perfect cool place for a nap. Enjoy the rest of your summer!

10 Year Recap A ten year anniversary recap would not be official unless we gave some updates on what has transpired since the patio installation. The first thing is that the patio is still there and looks great. Inevitably, we have had conversations in regards to when the patio was put in and Yes! This post helped us officially put the question to bed. As for the cement table we, in fact, have it now and it is sitting in the newly constructed greenhouse that was built in August-September 2019 (just so we can make sure we put any of those future conversations of when the greenhouse was built).