Early Bird Get the Worm 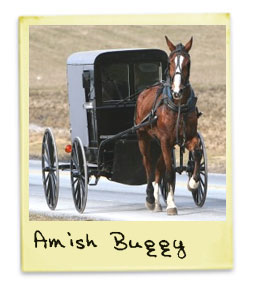 As the years went by we enjoyed the pond more and more. We soon came to realize that we had too many bluegills. We encouraged everyone we knew to come and fish for bluegill and have a fish fry on us. Many did but there were still too many bluegills.

We have Amish families travel past our house during the summer months on their way to work or for family gatherings. On one such trip, my husband decided to flag down a husband, wife and small child. He described the little girl as a small doll. He flagged this particular family down because they had a canoe strapped down on top of their buggy.  He asked them if they would be interested in fishing our pond for bluegill and they said absolutely. They said they were on their way to a nearby river for the day to do some fishing but they would gladly come through again someday in the near future as long as they had a place for their horse to graze. My husband pointed out a place he thought the horse would be comfortable and the man agreed and said goodbye.

We didn’t think about the encounter until one day in July, as a matter of fact it was my birthday. My husband got up a few minutes earlier than I did and went down stairs to let the puppy outside. He first noticed an orange florescent triangular sign hidden among the trees along the creek line. As he approached the creek line he noticed a horse and a buggy.  A  light bulb came on and he looked out toward the pond. There on the peninsula was a man fishing and a lady and child picnicking on the grass. My husband approached the man and started to share his ideas on where the man might want to go to find the best bluegill. The man smiled and told him that they had been fishing since three thirty in the morning and had two coolers full of bluegill and was just now settling down for lunch. The women offered my husband a ham sandwich which my husband said was probably the largest sandwich he had ever seen. They also each had a can of Pringles and a can of Gatorade. For desert the woman had made what looked like a vanilla cake and a chocolate brownie but in reality one was banana bread with icing which not only looked delicious but tasted wonderful and the other was chocolate cake with icing. My husband refused the sandwich but she insisted that he take four large pieces of the desert and my husband said thank you. They said their good-byes and my husband said to check back in a year or so on the growth of the population of the bluegill. I was the recipient of the deserts and on my birthday too! At first  I wondered how my husband had managed to come up with such delicious deserts so early in the morning and as I marveled at the creations he told me the story of the Amish and the early fishing. It was a great way to start the morning.

He also related how the catch of the day would be feeding there whole extended family. How long it would take them to get to their family's home by buggy we could only wonder? We estimated they would be traveling roughly twenty to twenty five minutes if they were to travel by car. They would be spending the next few days there. Toward the middle of the week I returned home from shopping and looked in the mail box only to find a Tupperware full of frozen filets. How great was that! I dipped them in a fish batter and deep fried them. They were very tasty. Once again the pond proved a positive decision.

From our backyard to yours,  fishing can be very relaxing.